Out for the day recording kitchen noises for The Walpurgis Family.

Have a horrifyingly ghoulish night! 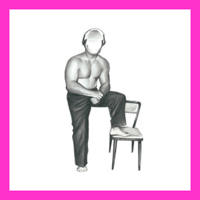 Nick: What language is she singing?

well yes I was about to say it sounds like japanese, I like it a lot, melodic, interesting, distinctive sound.

now you’ve heard these guys a lot over the last few years so you should be a super-fan by this stage.

well…. no but I do recognize them, they’ve always reminded me of the icelandic lady….bjork.

this has enough imagination and touches and variations to keep me interested, you could get tired of the voice very quickly but the music keeps you coming back.

I don’t like all of it, like some of it, when it gets a little too experimental, it sort of… you know what I mean… the emmmm…… well they’re experiments and nothing but, no satisfactory results.

but everything else is great.

Now on their 8th or 9th album, maybe even 10th, who cares?, and still delivering the really good goods.
I shouldn’t have to tell you who Deerhoof are or why you should own this album. If yr still not convinced you can listen to all of Offend Maggie on their myspace so……… GO!

Nick: I find it very hard to make up my mind about this, there’s nothing wrong with it but nothing grabs me. comes across as a bit amateurish, I’d expect to hear this kind of stuff at a secondary school talent contest, they obviously can play but…it may just be the recording, like the balances are all off, I couldn’t hear the vocals on that last one.

they’re not untalented, but they sound like they’re talented 16 year olds.

is their audience very young? it strikes me as the kind of music 17 or 18 year olds would feel too mature for. come to think of it, it actually sounds like it was recorded in a school hall.

I reckon the people who listen to this kinda stuff are pop kids who think the Sugababes are too grown up.

Fumbling towards you like a great big mess of Postcard / K / Sarah type indie pop, It’s Time!’s 14 songs fly by in a 21 minute haze of maximum joy making it the perfect album to do anything that could possibly last 21 minutes to. Or something.

Tagged cause co-motion, it's time, slumberland

Nick: The drumming is great but the electronic bits are………. well… electronic bits. like all that stuff it just becomes boring very quicky, anyone with any kind of musical background could make those noises, you can hear the potential of the machine but not the person using it.

I think I’d prefer if they just took the electronics away altogether, I could listen to just the drumming, you can hear that there’s a human there.

I’m sure this is me being old fashioned but I can’t help thinking how much better this would be if it had real musicians with real instruments instead of all this electronic trickery.

so why isn’t Kieran Hebdon a real musician?

well I’m not saying he’s untalented it’s just…. well I don’t think pressing a button on a machine is anything like blowing into an instrument or plucking a string, the drums are expressing something here, not the electronics. it’s like doing a painting on a computer, the mechanics get in the way.

there ARE nice bits, don’t get me wrong, some of it is quite interesting, but it just gets stuck in endless repetition of melodic ping pong noises, and I think they only do it because it’s easy, like they say ‘if we just repeat this little bit here and you play drums over it we could have a 5 minute track in no time’.

ultimately this is quite unsatisfactory.

The 4th collaboration between the whizz-kid behind Fourtet and the legendary drummer who’s played with everyone from Miles Davis to Chaka Khan, a homage to Reid’s hometown, is the clearest and most exciting example of their vision yet. NYC will be released on 3rd of November.

Helen: this music sounds like somebodys being chased and murdered!

Nick: this music sounds like somebody should be chased and murdered.

is this all they do throughout the album?

well it’s just a complete lack of imagination, same sounds all the way though, same everything.

how do you spell thoroughly?

in the early days of the zoom lens people just wouldn’t stop over-using it, it got very boring very quickly. this guy should’ve waited till his next birthday to make this album, waited till he was given another effects machine so he could use two instead of one.

if I were responsible for this, and I was listening back to it, I’d say ‘yeah we’ve got some good ideas here but we need to do a lot of work on it to make it in any way valid’.

unless you’re getting extreme pleasure from this, you can turn it off now, I’ve had enough.

Ouch! Hate that Fuck Buttons, first band ever ordered off the stereo by Nick. Sure who cares? You’re headlining the Whelans part of the DEAF closing party this Sunday, thats great. we had another first today with my mum giving her two cents on Fuck Buttons, thats also great. And we’re usually too lazy to post on Fridays! Great. Okay, have a nice weekend, see you up the front at Fuck Buttons. 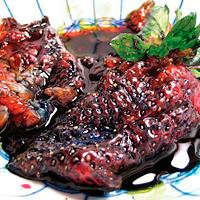 Nick: I have to say I like this a lot. compared to yesterdays one it sounds less contrived, more spontaneous, more natural. and again it’s got that west coast / beach boys thing to it which is probably why I like it so much.

now of course the whole thing of listening to these and giving a verdict is somewhat unfair isn’t? because it very much depends on your mood doesn’t it? some days you’re in the mood and some days not and today I like this a lot.

As mentioned below Animal Collective have a new album out on January 12th. Some details can be found on their (really annoying) website myanimalhome.net and yesterday the like…. totally stonerific artwork was revealed. It moves! 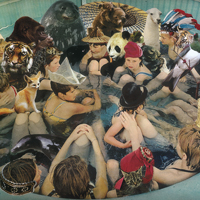 Nick: very atmospheric, a little bit flower power. reminds me of the mama & papas, both melodically and rhythmically, very pleasant. where are they from?

I would’ve guessed the other side of the country, they probably feel out of place in baltimore.

well, he lives in lisbon these days.

I don’t hear any Portuguese influence though.

the sound effects are very nicely used, very subtle and not overdone. it’s hard to make out what the sounds are though, and apart from the mama’s & papa’s it’s hard to note any other influences.

enya and george michael are both listed as influences on the inlay.

enya I can hear definitely, in the whole feel of it. not george michael though.

and it’s just one person? very clever stuff. has he written any film music?

not that I know of.

Well it’s coming to that time of year where we all start compiling our end of year lists so I thought it apt to play nick my favorite slice of 2007. Noah Lennox aka Panda Bear is also a member of the post-animal collective band Animal Collective who have a new album out in January. Most recently Lennox has done a fantastic remix for German half robots The Notwist.

Half Handed Cloud – We Haven’t Just Been Told, We Have Been Loved (Sounds Familyre / Asthmatic Kitty 2002)

Nick: This is the other end of the scale isn’t it? I’m always giving out about people being boring and repetitive, this does so much in so little time that it loses all sense of structure and becomes immediately boring, it’s too bloody interesting.

see the music just did what I said! hahahaha, I knew it.

oooooh now for something completely different, flutes!, I think they’ve used all the instruments under the sun by now.

this puts paid to the proverb ‘you can’t have too much of a good thing’ because it IS good, just too much all at once.

every time you think they’ll do a full song they just run off with more interesting ideas.

This is ADD music, can’t stand still, can’t concentrate. and like lots of people with ADD it’s intelligent, clever and pleasant but tends to drive you up the wall.

it’s like as if each song was written by 24 people, taking a bar each.

but again, what I find lacking in it, and this may be a fault in me, is that I still believe that listening to music should be a pleasure, even if its sad. all you can do with this is listen with interest.

This is pretty much the same way I felt about this album the first few times I listened to it, in fact it took close to a year of casual listening for the pop songs under and around all the random plinks and parps to make themselves clear. These days it’s close to perfect and if any of those supposedly random sounds were taken away it just wouldn’t make sense anymore.

Nick: I liked that.

but these are just ditties aren’t they? well the two I’ve heard so far.

easy silly sentimental rhymes set to easy simple melodies, I’ve nothing against it but it’s just…..ditties. I doubt it’ll be recorded in the annals of music history.

and is anyone still listening to it?

sounds very west-coasty this one.

you imagine its almost a reaction to something, not sure what. it’s like ‘the world is a hard place these days so were only going to write nice sentimental ditties about love’ lots of butterflies and squirrels dancing in the park etc. but as well as that they’re only doing it for fun, they’re not taking it seriously.

it falls in between two stools, like its not funny enough for you to find it automatically funny. you’d have to be told.

Daniel O’Donnell eat your heart out!

Is this the same guys?

god, what are they on?

we’re about half way through it now.

well the longer I listen to it the more it pisses me off, it’s quite phony. but I guess that happens if you purposely set out to sound like someone else, it can’t sound genuine.

its like a movie with a great cast but a crap script and crap director, and you can’t help but ask: why was all this talent wasted on something so lightweight?

This isn’t the same guys still is it?

it honestly phases me how anyone could spend this much time and energy on something so….irrelevant. if you listen to one or two tracks it can be quite relaxing but any more than that it just gets on your nerves. then again if you only hear one or two tracks the project doesn’t make any sense.

(after watching a Stephen Merritt interview on you tube)

that’s not a real person.

Phew! think thats the first time I’ve ever sat through the full 3 hours of that. Yes it is sappy, soppy and silly at times but it’s also got more great songs within its three discs then most bands manage in a lifetime. Since it’s release Stephen Merritt and his band of men and women have put out ‘I’: all song titles start with the eponymous letter and ‘Distortion’ which is very eh……. well I’m sure you get it by now. Ok, time for some Fucked Up.