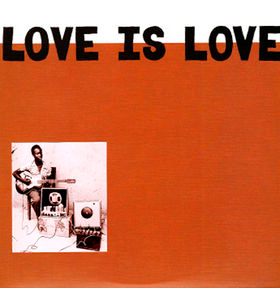 beautifully relaxed music you could listen to forever, one thing I always wonder is, well one song was in english most haven’t been, is would we like this as much as we do if we could understand the lyrics? like are they just silly fluff? would people who can understand them laugh at them? is it just exotica that’s leading us to like this? they could be singing that I’m stupid and don’t wash or something, I’d be none the wiser.

ok this bit I could live without, that’s why it’s hard to judge compilations, in one minute it can take a turn for the worst.

what always strikes me with african music is the melodics are very similar to europe, unlike asian and indian melodics. nothing here sounds unfamiliar. maybe it’s the other way round actually, maybe we sound like them.

Another difficult one to track down any info on, this is all I know:

° This is a compilation of ‘R&B, Highlife, & Dry Guitar Music‘ from Africa.

° It was released on Mississippi Records, run by the people who own the shop of the same name in Portland   Oregon. 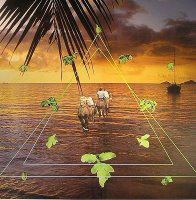 you’re probably gonna hate this one

Nick: oh don’t start like that, I may not, you never know.

strangely enough I like it, I like it a lot but… I want to see the movie that comes with it, it strikes me as very illustrative, evocative. so evocative i find it hard to believe that there is no accompanying visuals.

but that’s not to say it doesn’t stand on it’s own.

well, look at the cover, like all the best album covers it looks just like the record sounds. I think the idea is probably to get really stoned and stare at that for the 40 minutes

yes, I was just about to say I reckon it would work even better if your slightly under the influence of drugs or alcohol.

the thing with this kind of music, it’s so unstructured and formless it can go anywhere which also means it kind of goes nowhere, like this piece could play on like this for about a year.

whoever this is, they need to get a job in the movies quick, it’s Ennio Morricone on drugs, sort of.

Morricone did his fair share of psychedelic music in the early days.

would you call this psychedelic?

very much so, would you not?

yes I guess it does have a bit of that to it.

unfortunately there’s always a slight, what should I say….because it’s so unstructured, maybe that’s not the word, but it does lack a recognizable structure.. and because of that it can leave you somewhat unfulfilled, no matter how many times you listen to it, none of it will stick in your mind, no melodies anyway, just the general feel or atmosphere that it creates.

you wander when you listen to it

no wander with an ‘a’, you wander through an endless field forever, and that, to me, is unsatisfactory.

I used to get stoned pretty much all the time, these days never, but if I still did; this top 25 would be chock-full of stuff like this. Information on Sun Araw is scarce. From what I can gather, this is a guy called Cameron who plays in the band Magic Lantern. That’s it, no myspace or anything like that so you’re just gonna have to stare at the record cover and imagine what it sounds like (hints – sunrise drones, tonnes of reverb, elephant-plodding rhythms, widdly widdly guitar, chiming bells, waves crashing etc etc) , or y’know buy/steal it from the net.

Nick: I know this one.

it’s been the washing up cd for the last few weeks.

it’s very pleasant to listen to, melodically it conjures up, for me anyway, 1920’s and 30’s feelings, these tunes are not modern in the slightest.

after a while, it becomes rhythmically oppressive, if that means anything. constant, relentless, the rhythm’s become to much, you want to tell the drummer to relax a bit. it’s fine in the beginning but after a while it’s just ‘oh for gods sake please just calm down for a while’.

as far as I’m concerned there’s no desperate need for it.

and it’s not just the drums and percussion, the guitar rhythm’s are very sharp and relentless as well.

they want to be heard alright.

yeah yeah, now, I like the stuff but there’s just too much of it

I think if… spread over the whole record… the number of beats was halved, it would be a much better record, there’s too many bits that are frantic when they don’t need to be frantic.

Don’t think I’m gonna bother writing a lil paragraph on how great these two San Franciscans are. Just go watch this gig or check out the myspace.

Nick: it’s quite nice, pleasant, bit twee as they used to call it

and I’m afraid there’s the old problem of adding a lot of effects just to make it sound different, very rarely does it actually work, its done for no good reason really because so many bands do it these days that it doesn’t make them sound different at all just makes them sound the same.

but I wouldn’t turn it off.

it’s pretty rather than beautiful. it’s cutesy music, you imagine that’s its been put together by lots of little girls with frilly dresses and blonde curls, and they play it for their aunts and uncles. but I want to hear real music

we were talking about ‘feminine’ and ‘masculine’ music the other day and I was saying that most music these days is androgynous, but this this is definitely feminine. this is frilly knicker music, actually don’t say that, it’s too denigrating.

but still, there’s nothing wrong with pretty music.

[dickhead]I prefer the earlier stuff[/dickhead] but it’s true. Maybe not everyone will agree with me but I certainly prefer this singles collection to the official debut (also released this year). So yeah, twisty-turny underwater blips and blops under playschool melodies and posi-kinder lyrics. I made up that posi-kinder bit, its supposed to be some kind of amalgamation of positive and child-like, does it work? Lemme know. 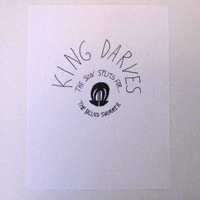 Nick: I absolutely detest this.

it’s just awful, it sounds as if whoever this person is, it just sounds completely phony, like he’s acting a part, like if I want to be an old fashioned country singer I might sing like this guy for a joke,

it’s fake and phony to me.

now he may be for real but I wouldn’t believe it. it’s like he’s doing his party piece ‘The Old Country Singer’

what if he was an old country singer?

there’s a big difference between being something and trying to be something, and I can hear from his voice that he’s pretending.

it reminds me; there was an old rich lady who was a terrible singer but she thought she was good enough to be an opera singer, so she used some of her money to record an album with the New York Philharmonic. but it didn’t make her an opera singer.

he makes me laugh, when he’s trying to be dramatic he just comes off as drunk.

he probably has tears in his eyes singing this part ahahahahaha.

ok when you hear the instruments on their own you think ‘this could be nice’ and then it isn’t.

occasionally it just gets beyond…

if someone had given me that as a present, I would’ve shut it off before the end of the first song. I find it amazing that stuff like that can even get recorded. it only shows you…

Sheesh. This is desolate but tuneful gothic folk fronted by a dead ringer for Calvin Johnson, whats not to like? Julian Cope likes it but don’t let that turn you off, and don’t listen to Nick either he’s mental.

Nick: is this the idea or is it just badly recorded?

ok well straight away I have a problem, I’ve never liked talking in music, maybe if its sing-song poetry talking it can work sometimes, but this doesn’t fit with the music at all.

there only one bit of talking so far.

more to come though.

well apart from the talking I quite like it, now there’s nothing new about it, it’s of a tradition, like its very derivative, sound wise but it’s energetic, powerful and it does get into you.

but yeah everyone has heard this before, not that there’s anything necessarily wrong with that.

even his voice reminds me of someone, you used to play something a lot, a long time ago and the guy had the same voice, is it the same guy?

I think you might be thinking of Bright Eyes maybe?

when was it recorded?

well we are counting down the top 25 albums of a certain year.

oh I know this one, heard this before, this is a good one.

I would say seeing these guys live could be very exciting,

so they can slow down as well, but not very well, it’s not as convincing as the fast stuff.

that sounds very….forced, the talking, sounds cartoony, optimus prime, kid’s movies and all that.

despite all the criticism I had about it, I quite like it, I mean there’s… like it’s got a lot of enthusiasm which is always worth something I reckon.

the unfortunate thing is there’s lots of music made these days that sounds like the people making it don’t actually want to be there, I know that’s probably not the case and it’s all a pose but it… because your inclined to say ‘mate if your so bored and upset by making this music, why not go somewhere else, do something else?’

A woefully emotionally fragile 16 year old Conor Oberst fronting The E Street Band on an Andrew WK covers album, but not shit, seriously. This is Punch-The-Air-I-Hate-This-Small-Town-Fuck-Everything-Lets-Party-Till-We-Die music. Which is my 3rd favorite kind of music.