Nick: is this a recent album?

well, I don’t know if all his albums are like that because I haven’t listened to him a lot…

well you must know some of his albums, cause the first ones I ever heard were the two you own.

heh, ok I guess I do know that they don’t all sound like this.

this is extremely dreary, and all the song’s are the same.

lyrically, melodically, they’re all the same.

when you hear the first number you think, ‘oh that’s nice’.

but then it just gets…..on you.

I’d never buy this, maybe if he spread the songs out over a number of albums.

they should put a health warning on the cover.

or at least give away free antidepressants with it.

I’ve heard a lot of negative and depressive music, but this is the ultimate.

well these were originally intended to just be demos, versions were recorded with the E Street Band, but everyone agreed the demos had a feel that couldn’t be bettered.

well then everyone messed up.

Phah! I’m not even gonna bother defending this one. You know.

they have their own sound.

I’m afraid the music comes across as kind of childish.

there’s nothing developed or sophisticated about it.

they could be very talented 12 year olds.

maybe they’re trying to get that effect.

I don’t think I would buy it.

maybe bands should try something else.

they should try…you know the traditional attitude, the Japanese attitude to art?

which is completely different from the European tradition.

it’s better than being different but crap.

if I combine the sound of a food mixer with a dog barking and a few explosions and then synthesize all that, I’d be making original music but it’d just be crap.

listen to track two again, tell me that’s not a brilliant song.

yyyyyyyyes, I guess I can hear something in that.

maybe I should listen to stuff twice, instead of going on first impressions.

it would make sense wouldn’t it?

but it might be a bit painful with longer albums.

I’m not so sure all yr responses should be….reasonable.

yes but they should be honest.

Jeez Louise. This is a pretty awesome record, Toni Baliey especially. Hear it all for free on myspace and then send him money.

we’re gonna do something a little different today.

oh! is that the boy in the balloon?

is there music about that?

well you know that way it was all a big hoax?

the father, Richard Heene has been trying to get on telly for quite a while.

does the father want to be famous?

he’s one of those?

he had pitched some reality show ideas starring him and his family to various networks, they passed.

what’s more is that he already had theme songs.

yeah, so here’s his theme for The Psyience Detectives.

I guess you should imagine you’re sitting down to watch telly and the show has just started.

would you keep watching after hearing this?

totally derivative of every other cheapy TV thing.

nothing original about it.

but it’s memorable in its awfulness.

would I watch it?

depending on my mood.

I might have a look to see if it’s as bad as the music.

and now the next one.

strangely enough, that one has something kinda charming, because it’s kind of naive, it’s unprofessional and quite fun.

no professional person would ever write something like that.

I think that one is closer to the jingles you usually hear on these crappy shows.

like The Simple Life. starring Paris Hilton and Nicole Richie.

I don’t know that.

the psyience detective one sounds like a schoolboy skit.

This story just keeps getting weirder and better. Songs / story nicked from HERE.

Nick: is this punk? is it post-punk?

when people talk about ‘indie’ music as a style rather than music that is ‘independent’, this is what I think of.

white dudes with guitars in the nineties.

despite the fact that there are bits where they have this problem I always find with band these days, they sound like they don’t want to be there.

but they have a lot going for them.

provides a bit of interest.

oooh, that was beginning to sound like The Beatles wasn’t it.

what Beatles song is that?

‘because the world is round’…

yes, very much Because.

it’s the sort of thing that grows on you.

well, it grows on me.

Imagine Pavement reunited! Wouldn’t that be amazing? Every year someone says, ‘Hey, I heard Pavement are reuniting!’ but I’ve learnt to ignore it, it just depresses me greatly when they inevitably don’t. But still, IMAGINE IF SOMETHING LIKE THAT HAPPENED! 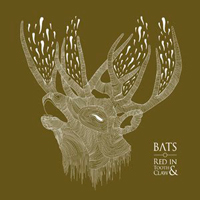 Nick: Bats, as in the nasty things that…

I find it hard to say anything about this..

I mean, it’s not music I would enjoy.

well, it’s interesting but not melodic at all, or at least the melodics aren’t interesting.

if you know what I mean.

the lyrics seem to be interesting but certainly not understandable to me.

well you can read along.

yeah but I want to listen to it.

it’s a bit relentless, listening to it makes you short of breath.

that’d make a good line for the sticker on the front.

‘listening to it makes you short of breath’ and people would be like ‘oh cool’, and then – ‘NO STARS’.

wasn’t there a time when this sort of stuff was much more popular?

you think they’re out of time?

I can see them flinging their long hair around, their razorblade neck chains swinging into the face of the person beside them.

maybe I’m wrong but this kinda music always sounds so easy to play.

I could play this.

I reckon their mums didn’t let them practice at home.

and they couldn’t play at their aunties 60th birthday.

I know that this is their attitude, but there isn’t even an attempt at melodics, it’s just chord sequences.

but if that’s what they want…

I think it’s pretty melodic throughout.

if that’s a melody, every single person walking the earth is a melodic genius.

you know it when you hear it.

of course, I’m being unfair, but in this day and age when you are exposed to absolutely everything produced…

this is in the mediocre area.

The return of the first band we ever reviewed on here (although Nick didn’t know he was reviewing them at the time.) At least they escaped without being labeled ‘Mama’s Boy Metal’ again.

Nick: I’ve actually heard of them!

yeah I can see why it’s popular.

but the old story, not enough variety.

and the first number sort of seems to promise variety.

you tire of it quite rapidly.

and I keep expecting it to go somewhere else.

I guess the producer isn’t the most subtle.

really? all with the same attitude?

“I want my music to sound like throwing yourself out of a tree, or off a tall building, or as if you’re being sucked down into the ocean and you can’t breathe.”

when she sings rather then yells, she has quite a good voice.

you know who I heard this morning?

Boy George! what’s he up to these days?

you don’t want to know.

On Flo’s website you can find some tantalising recipe ideas with Knorr Ready-to-Serve sauces. Which is great.

nothing new, nothing interesting.

a little Beatle-y in the way they use occasional orchestral bits.

if you listen to it carefully, there’s lots of interesting musical inventions in it.

but the way it’s handled…it doesn’t add up to anything new.

presumably it’s the melodics and rhythms being like everything you’ve heard before.

it’s what’s within them that’s interesting.

it’s very likable, it’s not anything anybody could ever hate.

well this is from 2006, it’s their first, they’ve released two since, the second one was rubbish, haven’t heard the latest. probably never will.

I just don’t feel any great need to hear it, I’m happy with this one.

I guess I can understand that.

do you want to listen to the 4 or 5 minutes of rain before the final song, or do you want me to skip it?

I’ve heard better rain than this.

he’s not a ladyboy! he had a sex change!

I wish I still had that record.

oh I must get that later.

I’m still trying my best to not compile a list of favorite albums of the noughties (jesus I hate that word, can’t believe ten years passed without anyone thinking up something better). But this is almost as good as the Unicorns record, and that would certainly be in my top ten. If I had one. Which I don’t. 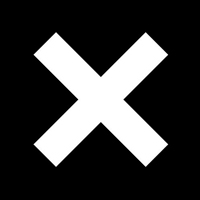 they have a sound which is recognizable.

now, I want to say something about it but I find it very hard to express.

obviously they have found their own sound and are quite recognisable because of that, but there is no…how should I say it?

there’s not much variation in the way they present the sound.

they’ll have to do something new with the sound on their next record or people will just give up on them.

the Observer Music Monthly said it ‘will become the ubiquitous dinner party album du jour.’ would you play this at a dinner party?

who is this reviewer? to say that is pretty nuts if you ask me!

you get the impression that this is a method.

they’ve found a formula and they’ll stick to it.

and because of that it starts to sound manufactured.

I’ve got nothing more to say.

The xx are four pale kids who wear black, just like the ones that hang out around Central Bank.

Nick: when was this recorded?

REALLY!? oh that puts a completely different complexion on it.

because at that time I imagine this was pretty original.

even though I now know, it still doesn’t sound very 1989.

where were they from?

ok, everybody got, I presume….used to the name.

but it must’ve been a genuine handicap starting out.

I would never buy an album by a band called the Pixies.

When they’re not busy playing golf with rugby greats or performing magic in tiny rooms, the members of Alt-Rock legends, Pixies love nothing more than to get up on stage together and play some of their many classics. Actually, I reckon they fucking hate it.
Have a great time if yr going to see them tonight or tomorrow in Dublin!